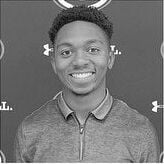 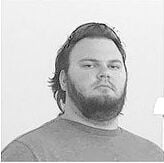 The Guymon Tigers announced the hiring of two new coaches this week.

The Football Assistant Coach at Guymon High School will now be Lisimba Young. In addition to his duties as assistant football coach, he will be teaching biology.

Coach Young comes out of Jackson, Mississippi and most recently finished his collegiate football career at OPSU where he received player of the week, Academic All-Conference, and Honor Roll Accolades.

“We will value his leadership and versatility as he will have a positive impact on our student athletes,” the announcement stated.

In addition to Young, the other Assistant Football Coach joining the team will Brit Litsch.

Litsch will be teaching English at the high school, in addition to his football duties. He comes from Summit Middle School in Edmond, where he coached for three years.

Coaching runs in the family, as his parents were successful head coaches at several schools in Oklahoma.

“He is energetic and dynamic and will have a positive impact on our student athletes,” the announcement stated.

Sorry, there are no recent results for popular images.

Sorry, there are no recent results for popular videos.